When using curves in either Lightroom or Photoshop, you are manipulating two environments: the availables tones (what you can change your pixels to) and the actual tones (what the pixels currently are).

So, the value scale on the horizontal axis (the bottom of the curves tool) represents the available tones that you have (0 all the way up to 255).

By default, the white and black points will be at the very ends of this range…making the complete tonal environment available. However, that doesn’t mean that those tones are actually in your image. In other words, not every available tone is an actual tone.

Let’s jump over to Lightroom to see a better example of this comparison. Looknig at the histogram in the background, you can quickly see the full tonal range; where the darkest tones start and the brightest tones end. For the image below, there is a small gap between pure black and the darkest tone in the image at 9% lightness…and an even bigger gap between pure white and the brightest tone at 83.5% lightness. 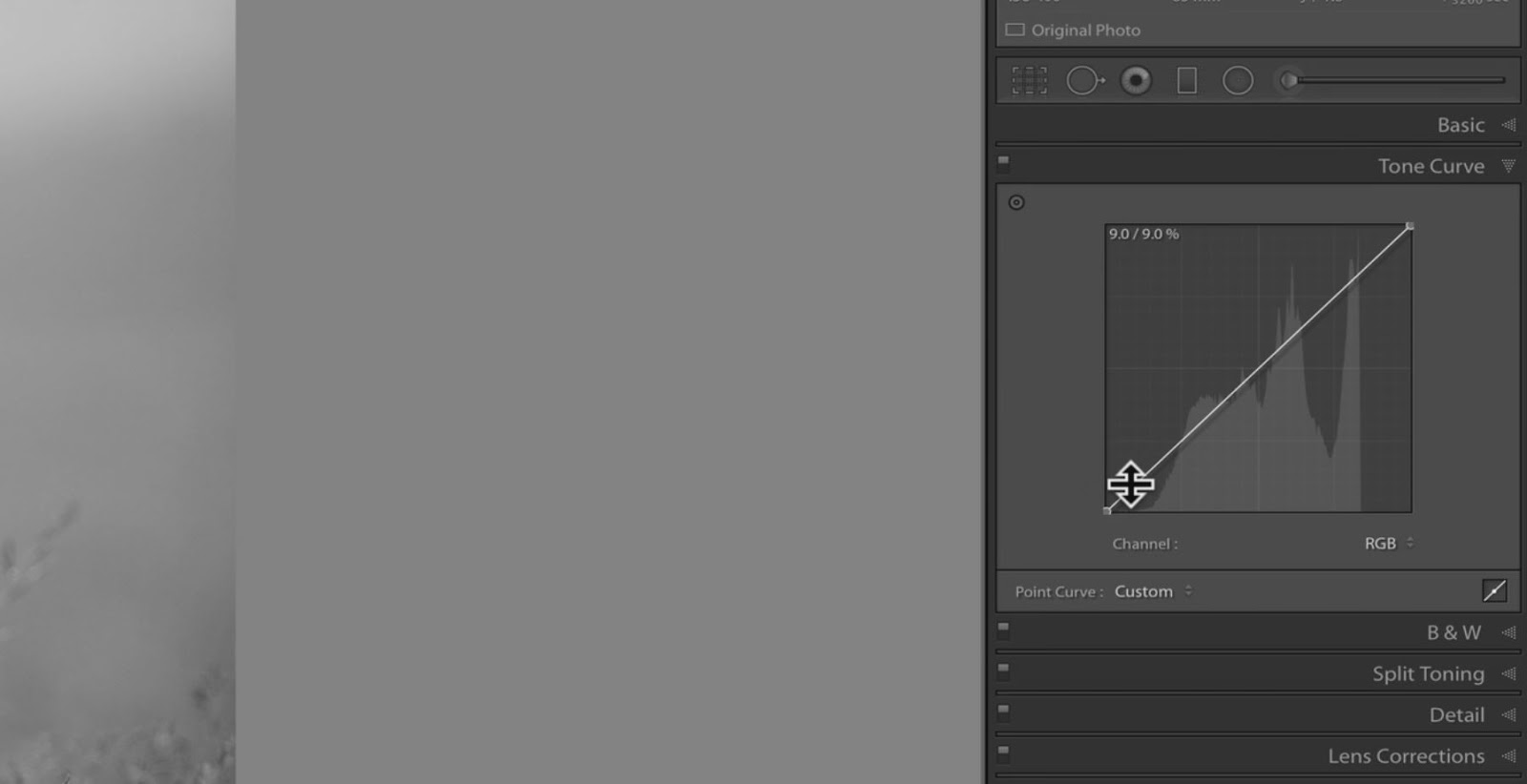 This translates visually on the image. The brightest point of the photo is the sky here, and that is nowhere near being pure white. For this image, there is a difference between the available tones and the actual tones.

Let’s make an adjustment to demonstrate this. First, I’ll bring my white point down a bit vertically, and add a control point so that I am only adjusting the highlights which are outside of my actual tones; that gap between the end of the histogram and the end of the curves graph.

There is almost no difference in the photo before and after this tone curve adjustment, despite making a pretty steep shift in the highlights. This is because the modification we made only affects tones between pure white and the brightest tone in the image (actual vs. available), which is right around 84% lightness.

In other words, the only tones that have changed are tones that are not actually in the image. You can see in the image above that the dip in the curves line does not include any data from the histogram. Therefore, the adjustment we made doesn’t change the image since there is no data to adjust.

To summarize: making an adjustment to your curves line will not always change your image. If the adjustment is restricted to tones that are not actually represented, then the curves tool doesn’t have any data to change.

Get yourself a subscription to learn more: https://creativeraw.com/darkroom-beta/